Menu
Your Financial BluePrint
Talk with an Advisor But a friend recently told you that you could avoid paying taxes on that money later if you converted that traditional IRA now into a Roth IRA.

He acted like this was a no-brainer. But is it?

Should you really “Roth convert” every last dollar of your traditional retirement accounts?

Roth converting can be advantageous, but converting every last penny may not be the wisest decision for your financial future.

Here are a few reasons you may decide to keep a small portion of your money out of a Roth account.

A traditional IRA or traditional TSP (i.e., thrift savings plan) is money that you’ve saved for retirement that you will pay income taxes on later–that is, when you start taking distributions from it in retirement.

If you choose not to take distributions when you’re first eligible, the IRS will eventually force you to do so, beginning at age 72. Those distributions will then be taxable at whatever your income tax bracket is.

A Roth IRA (or Roth TSP) is money you’ve saved for retirement after first paying taxes on it.

This means the money you save in a Roth grows tax-free. And you can take distributions out of it tax-free as long as you meet the following two requirements:

There are a couple of reasons people want to move their IRA money to Roth accounts.

These two reasons are enough to convince many people to convert all of their traditional IRAs to Roth IRAs.

But should you do that? Are there reasons NOT to “Roth convert” everything?

I can think of at least three.

Reason #1 to NOT “Roth Convert”: To Make Qualified Charitable Gifts

If you are charitably minded, you can make qualified charitable distributions starting at age 70 ½. You can do this from your traditional IRA tax-deferred account and avoid taxation on it.

But what about giving before age 70 ½. In that case, you will have to write a check out of your checking account to the charity.

Why is that a problem?

For a lot of people, the standard deduction has increased so much that they aren’t able to itemize their deductions anymore. That means they won’t get to write off their charitable giving. If you can’t write it off then you’re having to pay tax on that money first, which means you’re giving after-tax money to the charity.

A qualified charitable distribution works differently. With it, you can give money directly from your traditional IRA, and it goes straight to the charity. The charity gets all of the money, and no taxes will be withheld from it.

The limit for a qualified charitable distribution is $100,000 per year. But as long as your charitable giving is less than that, you can take advantage of this option. In essence, this allows you to take the standard deduction and still give to your charity and not be taxed on it.

If you are a federal employee with a TSP instead of an IRA, it’s important to note here that a TSP will not allow you to do this.

If you are 70 ½, and your money is still in your TSP,  you cannot give TSP money to charity and avoid taxation on it. You will have to move your money to an IRA in order to do this. (If you need help doing this, our team at Christy Capital would love to assist you.)

First, you need to figure out how much you’re giving to your church or charity for the year. You’ll want to have that total taken from your IRA and sent directly to that charity. Since you’re not doing your charitable giving from your monthly income anymore, this means your cash flow each month has increased.

To say it another way, if you have to take an RMD and you don’t want or need that RMD, you can give that money to charity and avoid taxation on it–as long as your gift amount is under $100,000 a year.

Reason #2 to NOT “Roth Convert”: To Engage in Charitable Giving at Death

A second reason to consider not converting all of your accounts to Roth is if want to give away money to charity at your death. If you set up the beneficiaries for your traditional IRA and have that money go to your favorite charity at your death, then nobody pays taxes. The charity will get 100% of the amount you send them. Nothing will get taken out for taxes.

What’s the difference if you leave Roth money to charity?

Well, you paid taxes on all the money you put into your Roth account. But with your traditional account, you put money in and postponed paying taxes. So, when you give money from your traditional IRA to charity, you’re able to avoid taxes altogether. To me this is another reason to not Roth convert all of your money.

How would this work in practice?

You’d look at the amount of money you have and decide how you want to divvy it up–how much to your church or to other charities. What dollar amount of your total portfolio would you like to be charitable with? In a perfect world, that amount you want to give away would match the money you have available in your traditional account.

Reason #3 to NOT “Roth Convert”: So You Can Have Advising Fees Taken from Your Traditional Account

Another reason why you may not wish to “Roth convert” all of your money is so that you can have all your financial advising fees taken from your traditional account.

Remember, the money in your traditional account is not all your money (i.e., some of that belongs to the IRS–you just haven’t yet paid them the taxes due). Depending on what tax bracket you’re in, the amount you owe could be somewhere in the ballpark of 25%. Obviously, this is not an exact number for everyone; it depends on your financial situation.

The idea is this:

This, in essence, is having the IRS help you pay those fees. So when someone asks what’s the easiest way to get a discount on fees, I jokingly say, “Have all fees paid from your traditional account. That’s like getting a discount because the IRS is helping you pay.”

The Best of Both Worlds

So, how does all this help you?

And since you didn’t pay taxes on it, more is available to go to charity. It also means the government is helping supplement some of your fees.

These are just a few of the smart planning ideas that can make your retirement more impactful and stretch your money further.

At Christy Capital Management, we can show you other strategies to help you get more out of your retirement and make a bigger impact with your charitable giving.

We love helping our clients:

We’d love to help you too. Have You Looked Into the TSP Mutual Funds Window?

That buzz in the air—it’s not a problem with your hearing. It’s people talking about a new feature for TSPs called the “TSP Mutual At Christy Capital, we get frequent questions about Social Security benefits. One situation we’re often asked about is what happens if you retire in How to Invest Your Values In Retirement 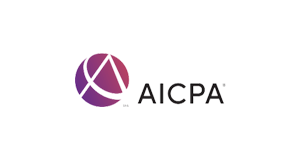 Menu
Your Financial Blueprint
Talk with an Advisor

The 3 Biggest Questions You Face in Preparing for Retirement