CLIENT PORTAL
Talk with an Advisor When people think about diversifying their investments, most think in categories like “stocks,” “bonds,” “real estate,” etc.

They don’t think about diversifying the tax status of their different investments. Because of this, they don’t always get the most from their retirement funds. (And sometimes they pay whopping taxes when they withdraw money down the road!)

In this video and blog post, we want to talk about the tax status of your money.

If you’re a federal employee or federal retiree, you’ve been saving money in your TSP.

If you’re not a federal employee, you likely have most of your retirement funds in a traditional 401(k) or IRA. (Though you may also have a Roth account and/or a regular savings account or investment account.)

Typically, we find most people have the bulk of their money in some kind of traditional retirement account—even though there are three other kinds of “tax buckets” you can put money in.

Let’s look at those four “buckets.”

This is income that you earned, but that you diverted from your paycheck straight into your TSP. You weren’t taxed on it, and now it’s in the TSP and it’s growing. One day when you take the money out, you will be taxed on each distribution just like it’s a paycheck.

If you don’t take money out, at age 72 required minimum distributions kick in. In other words, you’ll be forced to start taking withdrawals, and you’ll be taxed at whatever the going tax rate is for your income level.

On the one hand, it’s good that you get to postpone paying taxes. What could be bad is that you will have to pay taxes one day, and you don’t know what the tax rates will be then.

So, traditional retirement accounts are one of the four “tax buckets” you can put your money in. Another is…

This is money you’ve got invested, on which you are making a profit, and on which you have to pay capital gains tax rates.

All of these taxes are cheaper than the ordinary income tax bracket rate that you normally would pay at those same income levels. The key thing here is you’re only paying taxes on the profit or the gain.

The fourth tax bucket is Roth or tax-free money. There are basically two ways you can get money from this type of bucket: either a Roth IRA, Roth 401(k), or Roth TSP; or by taking withdrawals from a cash-value life insurance product. (Here, we’ll just talk about Roth—but do know that if you set up a properly funded life insurance policy and follow all the IRS rules, you can take money out from that tax-free.)_

The way a Roth IRA works is that you put the money in after taxes. There the money gets to grow tax-free. And after the age of 59 ½, if you’ve had your Roth account for at least five years, you get to make withdrawals tax-free.

That’s a major benefit. When you take a Roth distribution, everything about it is tax-free. It doesn’t show up on your tax return. It doesn’t factor into the equation to determine whether Social Security is taxed for you. It won’t factor into the equation of what your Medicare premium will be (Medicare premiums are based on your income). Bottom-line, a distribution from a Roth IRA does not count as income.

Your Tax Buckets and Large Distributions

As we’ve already noted, most people are “traditional heavy.” The vast majority of their assets are in some kind of traditional account. When can that backfire on you? Anytime you need to take a distribution, it’s going to be taxable.

Let’s say, for example, you want to buy a house and you need a large distribution of $150,000 to make a down payment.

Just to give you an idea of the math…

If you took that money from your traditional account, you’d be in the 24% federal income tax bracket (at least) because of such a large distribution. If your state income tax was an additional 5%, that means you’d actually have to take a $211,267 distribution so that after you paid taxes, you have $150,000 for the down payments. For most folks, that kind of tax hit would be a big blow!

What if you took the $150,000 from a nonqualified account that you only have to pay capital gains taxes on? You’d need to look back to see the amount invested and how much it has grown. And you’d only pay taxes on the gains, which would be at a lower capital gains tax rate. So, taking a large distribution from this type of non-qualified account would result in lower taxes than taking a distribution from a traditional account.

Here’s an even better option. Assuming you’ve got enough for that $150,000 down payment in your Roth account—and you’re over the age of 59 1/2 and you’ve had the account for at least five years—you could take a $150,000 distribution and not a penny of that would be taxable.

When you get to retirement, it’s great to have options so that when big expenses or great opportunities come up, you can access your money in a way that doesn’t penalize you. In a perfect world, you’d have money in all these different “tax buckets’ so that you have more options and choices.

To most, it’s obvious that taking money from one account is preferable to another. But they only get to go through this process, if they have multiple buckets.

When all your money is in one bucket, you don’t have a choice. If taxes go up and you need a large distribution, it may not be a pretty sight for you.

So, how do you go about getting money in these different buckets? How do you diversify your investments?

You have to make a conscious decision to allocate that way.

You need to build up some “regular money” like an emergency fund (This is money that’s not “retirement money.”)

Most people have already put a lot in their traditional bucket.

But they haven’t built up any “tax-free money” in a Roth account. The good news is you can change that. We already went over how you could contribute either $6,000 or $7,000 a year to a Roth IRA—depending on your age and income.

Or, inside your TSP, you can contribute directly to a Roth TSP. Whatever you’re contributing can go to Roth. (The match from the federal government will go to traditional, but you can contribute Roth.) If you’re maxing it out, that means you’ll allocate everything to Roth.

Many of the people we talk to have large traditional TSP balances. Being able to contribute to a Roth is nice, but it doesn’t fix their problem of having $800,000, let’s say, in a traditional account.

Here’s one thing they could do: Diversify the tax status of their money by doing Roth conversions.

A Roth conversion is taking a portion of your traditional account—for example, let’s say $50,000—and moving it into a Roth account.

In doing so, it is taxable at today’s rate. But once that money shows up in your Roth account, it grows tax-free for the future.

Converting large amounts of traditional money is not something most people want to do overnight. That would result in a huge tax burden. But you can convert some money each year.

Again, anything you move from a traditional account to a Roth account is taxable in that year. So, for instance, could you take a $600,000 traditional balance and move it all to Roth all at one time? Technically, you could. Would it be smart to do that? Probably not. The IRS would see that $600,000 as taxable income. And that would put you in the top tax bracket of 37% right now. Do the math and you quickly see why most people would not want to do that.

But what if you were ordinarily in the 22% tax bracket and you could move $50,000 from your traditional account to the Roth account and stay in the 22% bracket? A lot of people would think “That’s a smart move!” Others would even be willing to jump up to the 24% bracket. Many people find they can move $150,000 or more to a Roth account and stay in the 24% bracket.

The next bracket up is 32%. For most people, the difference between the 24% bracket and the 32% bracket is too great. They don’t want to do that. So, this is something that needs to be planned year by year.

You need to work with a professional who can look at your tax return and help figure out how much room you have left in your bracket. You don’t want your Roth conversions to result in excess taxation.

Remember: A TSP does not let you do this type of planning. You first have to move money out of the TSP in order to do this.

A smart goal—over time—is to get to where you have money in each of these buckets. That way, whatever life throws at you—wicked curveballs or delightful blessings—you’ll have the resources and the choices to make a good decision.

Maybe you’re thinking, “This all sounds good, but is Christy Capital the team to help me diversify my assets in this way?” Let’s just say the clients we’re best able to help usually fit into one of these three “to’s.” They either:

If you see yourself in any of those categories, in the upper right-hand corner, you’ll see a button that says Talk with an Advisor. Click there and you’ll be able to send a short email message. Someone will be in contact with you shortly. Or, if you just want to call and talk right now with an advisor, our number is (866) 331-7749. We’d love to hear from you.

Our goal is to help you have the best retirement you can have, and the tax status of your assets is a huge part of that.

At Christy Capital, we can help you figure out the “tax bucket” puzzle. When it comes to investing, everybody’s got a strong opinion, a great idea, or an urgent recommendation. Blue chip stocks. T-bills. Real estate. Cattle futures. Should you start receiving Social Security benefits as early as possible—i.e., at age 62? That’s the question we want to tackle here. First, a If you’re like most people, retirement planning probably feels like one big, confusing puzzle. What do you do? Where do you stick your money? 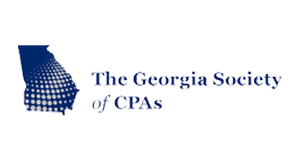 Talk with an Advisor
CLIENT PORTAL

The 3 Biggest Questions You Face in Preparing for Retirement